Introducing the all new DP-400 Semi-Automatic Turntable by Denon

Introducing the all new DP-400 Semi-Automatic Turntable by Denon 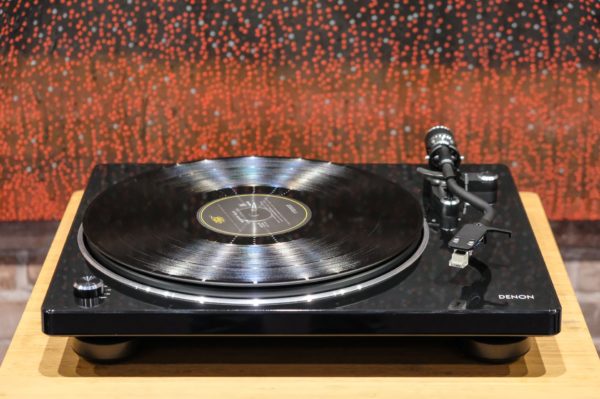 Although historically well known for some fine turntables. Not to mention other achievements such as Japan’s first electronics manufacturer and the legendary DL-103 moving coil cartridge. Denon’s more modern-day turntable offerings, however, have been more firmly rooted in the entry-level. With the exception of the DP-300F that is, when partnered with a well-matched cartridge and good phono pre-amp (and good isolation) makes a solid case for those who must have an automatic operation. As such, it was with enthusiasm and high hopes that we eagerly awaited the arrival of the more aspirational DP-400 (now in stock).

Why not fully automatic?

The problem with most automatic turntables is the trade-off in performance for function. Your turntable is a precision measuring device, and the plinth’s resistance to vibration and resonant frequencies plays an important role. The problem with automatic turntables? All those extra additional mechanics have to go somewhere! As a result, the plinth can never be as solid and quiet as a similar quality, manual turntable. With the DP-400, Denon has foregone full automation – but not convenience – in the pursuit of higher performance. The DP-400’s ‘semi-automatic’ operation refers to its automatic lift and motor stop when reaching the end of your record. This prevents the stylus wear and tear associated with forgetting to lift the needle after that late-night listening session (often the reason why people seek out an automatic deck) but without the performance penalty of housing a full auto-start system.

Elsewhere, Denon has included a fully re-engineered, S-shape tonearm, a weighted, belt-driven platter with auto speed sensor and a built-in selectable phono pre-amplifier. The latter allowing connection to any amplifier now, and an additional upgrade path in the future. And last but not least, a dust-cover that doubles as a neat display stand for your ‘now playing’ album cover!

Physically, the DP-400 feels more substantial than the DP-300F below it and looks quite business-like in its predominant gloss black finish with silver accents. It’s a case of no-nonsense Japanese industrial design for the most part. However, the rounded plinth corners and snazzy dust-cover are nice touches. It doesn’t feel as lovingly hand-crafted as some of its similarly priced, European offerings, but in return, its sleek and stealthy looks are free of any subsequent hand-crafted anomalies…

In operation, the start-up is smooth and quiet with a gentle turn of the nicely machined speed selector. Lifting over the tonearm (manually, like all good turntables), movement feels free of resistance with very little play in the bearings. Initial listening sessions suggest a smooth, slightly laidback performance with a fuller presentation than the DP-300F. This is despite shipping with the same pre-mounted cartridge (an example of how big a role the turntable itself makes). A quick listen with the Audio Technica VM520EB VM series cartridge reveals a noticeable jump in top-end air and extension plus a tightening of bass response. Not surprising given the jump in cartridge value, however, a good sign that the turntable itself is capable of actually resolving the difference in cartridge performance.

With this in mind, we can’t wait to try it out with the soon to be released VM95 cartridge range from Audio Technica, which (on paper at least), should offer some very attractive value for money upgrade options. Or, if you lucky enough to have a moving coil phono pre-amplifier at your disposal, why not enter legendary status with the classic Denon DL-103R? (Now that Denon has a turntable worthy!)

We have very limited stock at a great introductory price! Normally $1,099 rrp, we currently have some units available for only $949. Better still, use code DP400 at checkout and you can snap one up for only $879! Be quick!